Will you be watching Waka and Tammy on @WeTv Tonight? 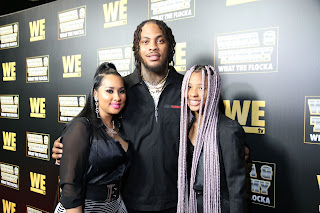 Tuesday night in Atlanta was the sneak peak private premiere of Waka and Tammy What the Flocka!  @WeTv has done it again, they keep bringing them on and they keep giving us 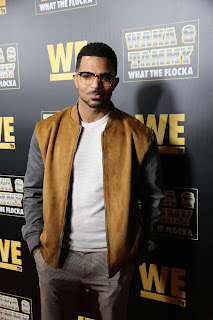 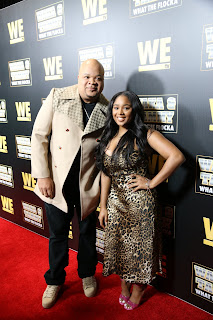 Reality TV at it's best.  Who could resit Waka and Tammy with a little Charlie mixed in and throw a Little bit of Deb and hey you got yourself a hit show.  As Tammy and Waka navigate between renovating their new home, adjusting to Waka supposedly being retired and Momma Deb wanting grand babies from them you will get to know the Flacka's in their element. I am pretty sure we will get to see little Charlie growing up she is 15 years old so to deal with a teenager going through all the things they deal with and school we are in for a real treat.  So some of Atlanta came out to watch the premiere.  Three of the House Wives of Atlanta Eva Marcel, Kandi Burris Tucker, Kenya Moore, from Love and Hip Hop Atlanta was Karli Redd, Gary wid tha Tea, from The Rap Game Nia K and so many more. There was a special celebration for Ms. Deb for her birthday.

Waka Flocka and Tammy on WeTV Tonight What The Flocka

WE tv hosted a premiere party in Atlanta at Republic Night Club in celebration of their brand-new series, “Waka & Tammy: What The Flocka” starring rapper Waka Flocka Flame and his wife R&B songstress/fashion designer Tammy Rivera.

Waka Flocka’s mother and famed entertainment mogul Deb Antney’s birthday was celebrated during the night’s festivities with a special cake; followed by an impromptu performance by Tammy Rivera singing her hit song “All These Kisses.”

“Waka & Tammy: What The Flocka” follows Hip Hop’s iconic sweethearts Waka Flocka Flame and his fiery wife Tammy Rivera as they navigate their renewed commitment to their relationship after their emotional roller-coaster on WE tv’s “Marriage Boot Camp: Hip Hop Edition.” One year after the wedding of their dreams, Waka and Tammy find themselves in their new home in Atlanta, where they are navigating all the challenges of married life.  From home renovation, juggling Tammy’s bustling music career, parenting their teenage daughter Charlie, and meddling in-laws, keeping their marriage strong takes work.

LOVE Goals on OWN this Saturday March 7th 9pm 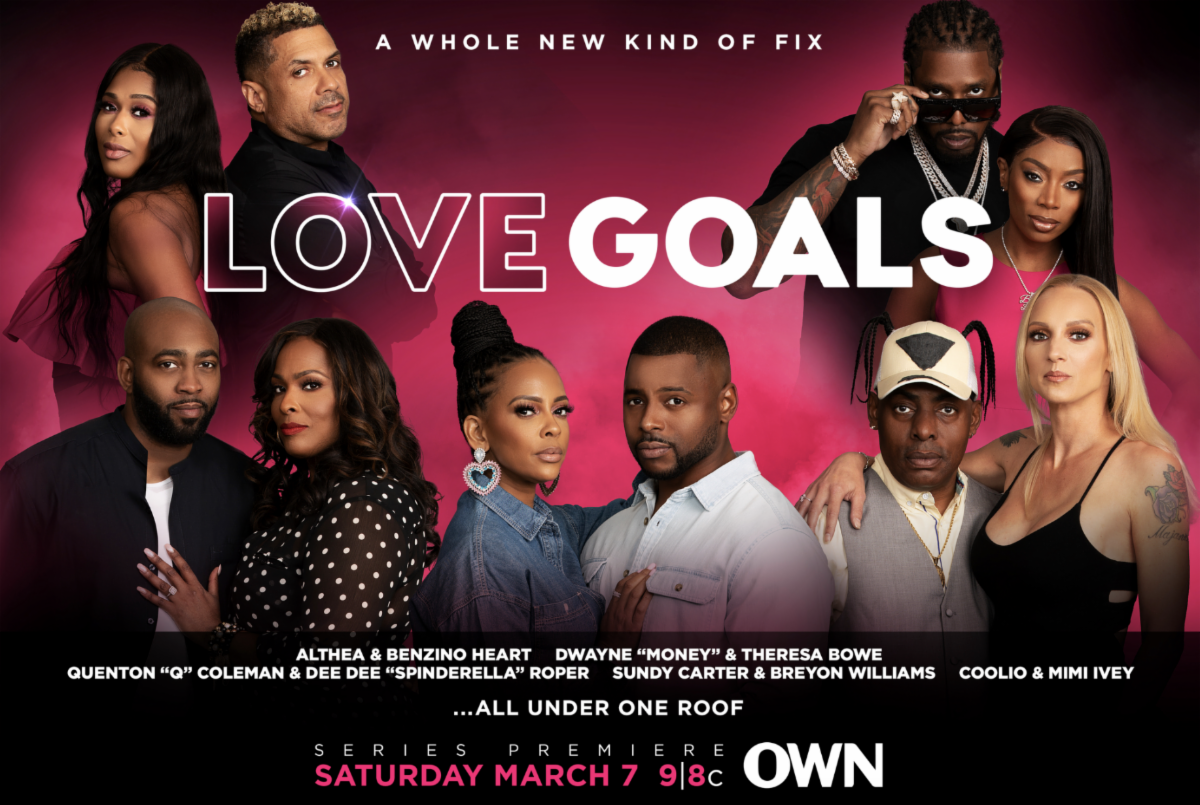 Los Angeles - OWN: Oprah Winfrey Network has unveiled the full trailer and announced premiere date of Saturday, March 7 at 9 p.m. ET/PT for its new unscripted relationship series "Love Goals." The series joins OWN's popular Saturday night lineup of unscripted series that focus on love and relationships.
Click Here For the Series Supertease
From Irwin Entertainment, the production company behind hit series "Celebrity Rehab," "Couples Therapy" and "Family Therapy," comes "Love Goals," in which renowned family and relationship therapist, Spirit, counsels five celebrity couples who are at crossroads in their relationships. Their challenges range from fame and power, infidelity and communication issues, as well as overcoming childhood trauma. Through an intense two-week therapy program that features both insight-oriented exercises and special guests, these  famous couples will face their most challenging conflicts head on, as they strive to achieve their love goals.
Appearing in the freshman season of "Love Goals" will be:  Benzino and Althea Heart, whose tumultuous and litigious relationship is well known to fans from their featured roles in "Love & Hip Hop: Atlanta;" Former NFL wide receiver and rapper Dwayne "Money" Bowe and Theresa Bowe, who have been together for 11 years and wed in 2018;  Actress and former "Basketball Wives" star Sundy Carter and boyfriend Breyon Williams; Former Salt-n-Peppa group member Dee Dee "Spinderella" Roper and comedian Quenton "Q" Coleman; Plus rapper/actor/chef and producer Coolio and his fiancé, Mimi Ivey.
Series' host, Spirit, is a licensed therapist and media personality who aims to empower people with the skills, tools, and information vital to developing, sustaining and maximizing healthy, intimate relationships. Spirit was the host of Fox's, "The Daily Helpline," and XM/Sirius' nightly radio program "Talking with Spirit." Spirit is also a regular guest of HLN, "Dr. Drew: On Call," "The Bill Cunningham Show," and "The Rickey Smiley Morning Show."
"Love Goals" is from Irwin Entertainment. John Irwin, Damian Sullivan and Andy Scheer are executive producers.
Stephaniee MyHartEnt at 9:44:00 PM 13 comments: