La La had a book signing in Atlanta Friday.  La La's new book entitled  "The Power PlayBook" brought a lot of fans into Barnes and Noble book store in Buckhead Friday night.   La La was happily signing and taking pictures with the people who came in and purchased her book.  La La's friends and family was there to see her, La La's mom was there in attendance, one of her friends better know as "The Game" was in town and he stopped by to show support, also Mr. Ruggs the club promoter also came by to support her and bought a box full of books and had La La sign them.  Dice La La's cousin gave them away to some of the patrons of the store. 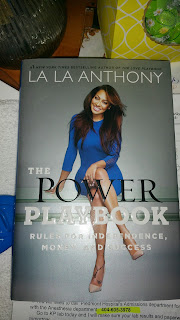 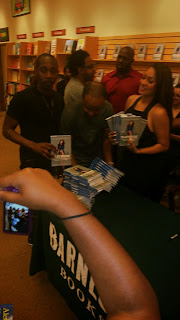 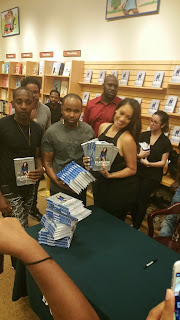