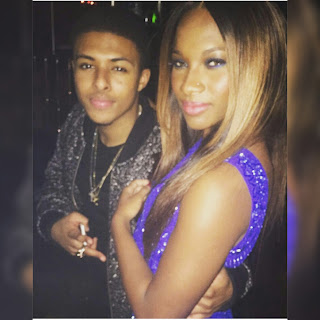 So here we grow again another Reality Show coming January 2016 this one is called Growing Up Hip Hop.  Growing Up Hip Hop is about kids of parents from the Hip Hop Generation Salt & Peppa, DeBarge, Master P, Damon Dash, RUN DMC Rev Run, and more.  These teens are telling their stories about growing up Hip Hop. What do you think and will you be watching?  There was a private premiere in New York last night and all the parents came out to support their children.


GROWING UP HIP HOP premieres Thursday, January 7th at 10pm ET/PT and follows Angela Simmons, Romeo Miller, Damon "Boogie" Dash, Kristinia DeBarge, TJ Mizell and Egypt Criss, the children of hip hop legends. With their love and work lives intertwined, each member of this this tight-knit group is facing a surprising challenge that will test their loyalties within the group and even relationships with their own mothers and fathers. 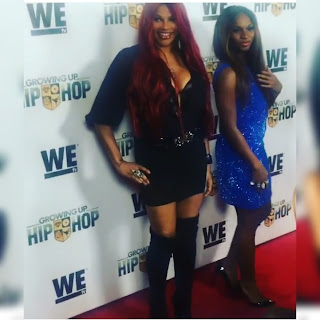 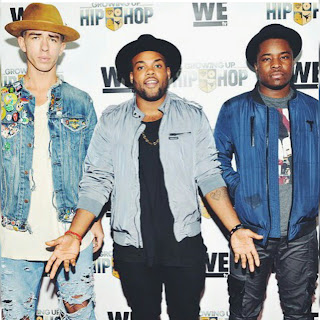 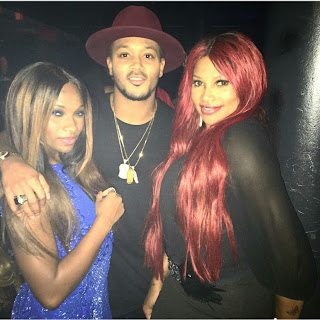 Romeo Miller is a musician, actor (formerly known as Lil’ Romeo) and the son of Master P. He’s on track to take over the music empire his father built, but is that really his path or will he veer off course? He consistently leans on close friend Angela for guidance and support.
Learn more about Romeo on Twitter, Instagram and Facebook.

Angela Simmons, the daughter of rap pioneer Rev. Run and niece of Russell Simmons, is a hip hop socialite, model and fashion designer of her own line, Foofi. Angela is a social media powerhouse who’s hoping to translate her fashion success into dollars away from the comfort of her father’s fortunes.
Learn more about Angela on Twitter, Instagram and Facebook.

Damon “Boogie” Dash is the namesake of his father, Roc-A-Fella co-founder and media mogul, Damon Dash. Like father like son, “Boogie” is also an entrepreneur having co-founded Chipz Cookies as well as a record label and NYC art gallery.
Learn more about Boogie on Instagram.

Kristinia DeBarge is the daughter of James DeBarge from the legendary yet troubled group DeBarge, and a singer/songwriter in her own right. With her father currently in prison, Kristinia leans on her uncle, hip hop legend El DeBarge, as she struggles to choose between family and fame, all while considered the outsider of this tight-knit group.
Learn more about Kristinia on Twitter, Instagram and Facebook.

Egypt Criss, the daughter of Sandra “Pepa” Denton from Salt-N-Pepa and rap icon Treach from Naughty By Nature, is actively pursuing a solo music career. Her overprotective mother, however, has yet to bless her career choice based on her own experiences in the hip hop industry which she helped establish.
Learn more about Egypt on Twitter.

TJ Mizell, the son of the late Run D.M.C. DJ, Jam Master Jay, has stepped into his father’s shoes as a DJ, spinning at the hottest events and venues around the world, yet always on his mind is his father’s mysterious and still unsolved murder.
Learn more about TJ on Twitter, Instagram and Facebook.