Oprah & Tyler Perry Mad or Not 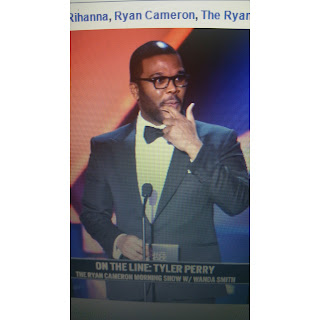 Everyone is reporting that Oprah and Tyler Perry have ended their friendship over some crazy talk, well I'm not sure about whats going on but do you all think you should mix business with friendship or should you just separate the two?  Well Tyler Perry called in to the Ryan and Wanda show on V-103 in Atlanta to talk about his new show "The Passion" and he did address the rumors of his friendship with Oprah so take a listen and see what you think.  Also Tyler Perry has purchased the old Ft McPherson and is turning it into a studio lot, he also taped a new Madea movie in the space already.

Here 2nd after the Ryan Show this morning.
V-103 CBS