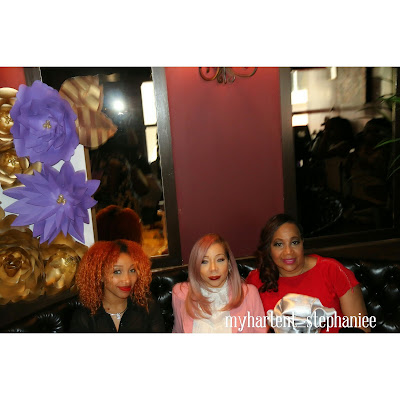 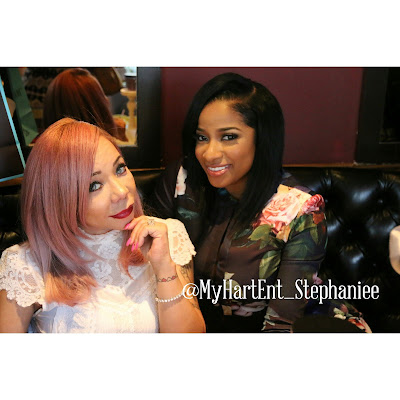 On Sunday afternoon
Mothers's Day Tiny Harris had her Annual Mother Daughter Brunch/Pageant at Scales 925 Restaurant downtown Atlanta, GA.  The Mother Daughter Brunch was hosted by Monyetta Shaw and her daughter Maddie (daughter of Ne-Yo).  The pageant was judged by Tiny her daughter Zonnique, Tiny's mom, Toya Wright and her daughter Reginae Carter also judges, TI 's Mom was a judge too.  Mother and daughters compete by a singing or dance or what ever they are good at and perform before the judges and the other mother's and daughters that attend the pageant.  This year there were 8 mother and daughters to compete.


In attendance were Monyetta Shaw again as the host and her daughter Madilyn Grace, Toya Wright and her daughter Reginae Carter, Precious Harris, TI's sister, Shakinah Jo Tiny's Best friend,  Zonnique, Tiny's daughter and her boys King and Major and Lucky #7 Baby Heiress Harris showed her lovely face briefly.  In between the mother's and daughters performing were a singing group called WERCharm and they did a phenomenal job on their rendition of Dear Mama kudos to their 5 girl group.  The event was sponsored by CIROC  Vodka.  Vodka all around.  Thanks to Tiny's Niece Tam for putting this together for the mothers and daughters every year.  See you next year. 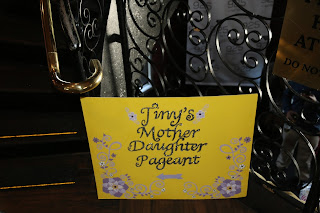