The new issue of SHEEN Mag has Regina Hall gracing the cover.  Upon her very talked about new movie coming out with her co-star Morris Chestnut "When The Bough Breaks" on a screen near you September 9, 2016. 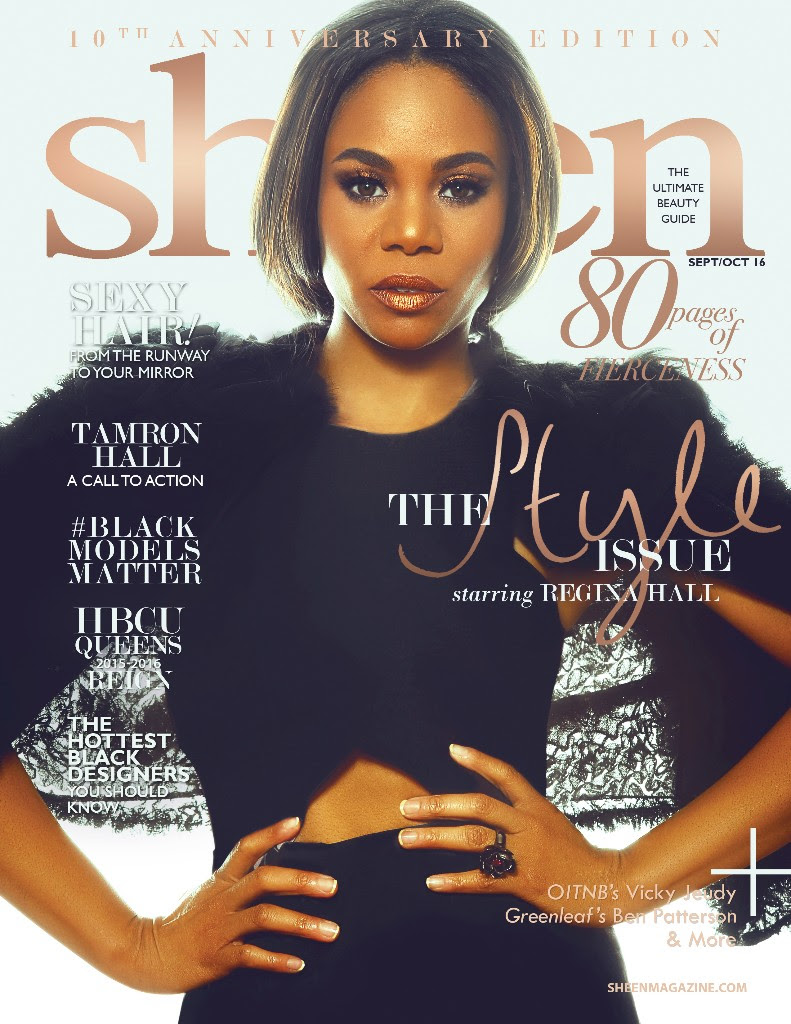 An exclusive issue for the consummate Fashionista; SHEEN Magazine upgrades to 80 pages of Fierceness to slay the fashion conscious diva in the name of Style. The September/October issue of SHEEN Magazine will inspire you to add pizzazz to your wardrobe as fall beauty and fashion trends travel from the runway into your closet. Actress Regina Hall slays the cover and inside, the Washington, D.C. native discusses her new feature film dramaWhen the Bough Breaks, starring alongside the talented Morris Chestnut.


“A lot of people have this misconception that I do stand-up or that I do comedy and I’ve really never done stand up or comedy. I’ve only studied acting and I’ve been able to build a comedic character,” she says about doing this film.
Stephaniee MyHartEnt at 11:41:00 AM