Football and Politics! Which one did you watch?  Nancy's Pizza at Camp Creek had the Falcons/vs The Saints on the big screens in the dining area and the Clinton/Trump debate in the private room so you can back and forth to keep up with what was going on inside with the discussion. Porsche Foxx of  87.7 Old School Jam was hosting the Falcon's game and broadcasting from station for the evening.  I am a Falcons fan so of course I was outside watching the Falcons'.  Watching the end of the game as I am typing this and hoping that the Falcon's go ahead ad pull this off and as I am typing they did the final score 45 Falcons 32 New Orleans, so there you have it the Falcons' beat the Saints in their hometown, first win on the road for the Falcons since 1979. 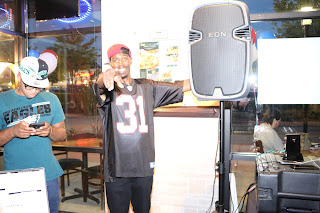 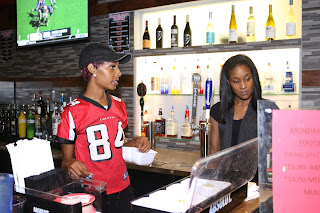 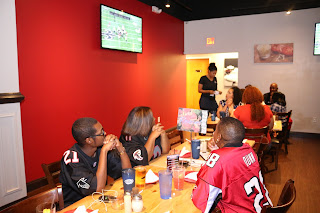 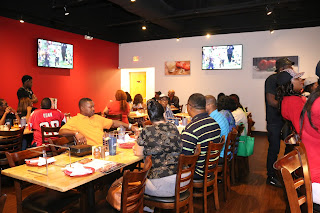 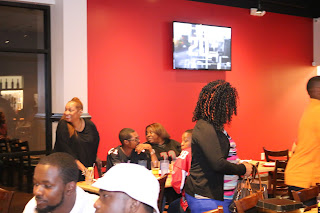