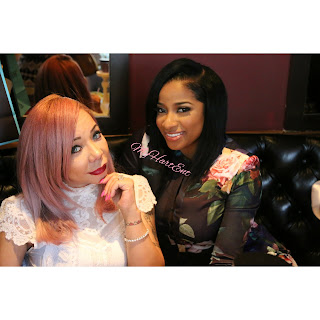 with Tiny!  Tamar Braxton went on IG (Insta Gram) the other day and typed a lengthy apology to her (off again) good friend Tiny Harris but in the midst of her typing she shaded her (off again) friend Toya Wright.  Tiny, Tamar and Toya were friends until some craziness happened and Toya spoke her truth about the subject in one of her books, Tamar didn't take to kindly to that information so she decided to unfriend Toya on all of her social media.  Tiny saw the post that Tamar put up and said we need to make up it's been to long and she still loves her and consider her family still, now when Toya heard about it she clapped back with some ugly truth or not that Tamar may not have like, her daughter Regane' that is on the new Reality Show Growing Up Hip Hop had a few words to say of her own on social media.  Check out the post Tamar Braxton wrote and then see what Toya wrote. 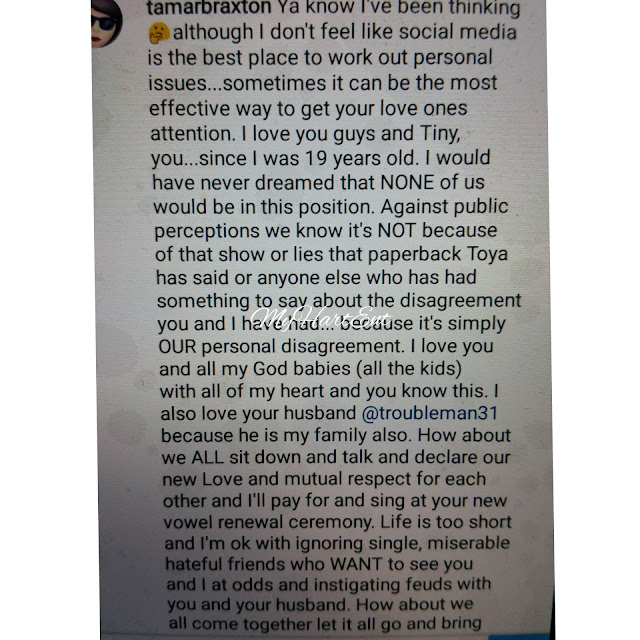 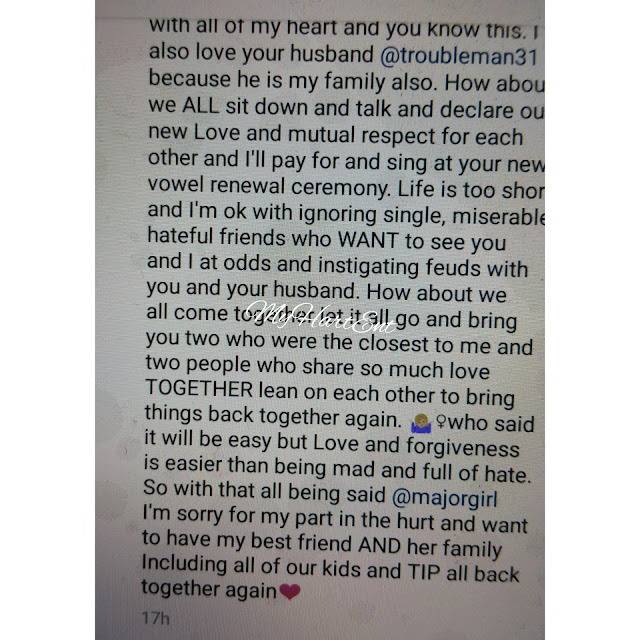 Now with all this social media do you think cell phones work just as well?
Stephaniee MyHartEnt at 10:28:00 AM