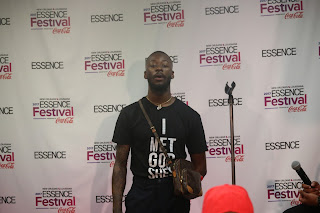 Ro James 19 is a significant number for him because its his birthday on Nov 19th , first love first heartbreak, On tour with Maxwell and Mary J Blidge. Still Growing and Learning. Working on next album. Coke Jack and Cadillacs: first body of work independently released . Bysotrm RCA put first album. Permission is a great song but go check out the album Military child . New York and Indiana back ground through parents. Panamanian. Gold tooth part of family history not a trend. Is a father, amazing to be mentoring another human. Inspiring to work  for someone other than yourself . Father was a pastor. Accompanied by Chef Roblet and Chivelle. 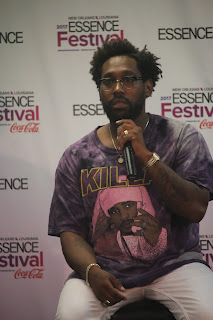 PJ Morton ,New Orleans Boy !!!!! Been away from home 14 years, now back home and part of it. One part of Maroon 5. Joined them as an independent artist . Band loves you and supports artistry just as much. Have you considered doing an album with your father???? Father is trying to get out of the game. Full album with dad probably not but never say never. Background affected his style and how artists and musicians are seen as royalty (doctors, lawyers etc.) and makes you wanna be 10 times and 20 times better than the next artist. 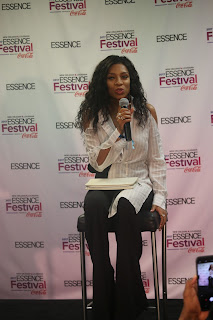 Lil Mama - Transformation is stunning. Working on two movies sci fi action movies large interest. Rap was put to the forefront but she has sing and danced all of her life. Hard to do because of portraying an actual person. Different choices because of different mind set. What happens when you are opened to a certain lifestyle how far you will go when introduced to a gate way of opportunities. Been to NO seven times, talk to youth and performed with Chris Brown but first time at the festival. Came for the food time outside of work.