Google "My Future Me"

Google is doing something good for the kids

Google's Made With Code program has joined with Snap Inc to host a contest for teens to code a geofilter (ie, a creative overlay that shows where you and what you're doing) that will go live nationally in the Snapchat app.

The contest, called #MyFutureMe, launched yesterday and five finalists will be sent to the TEDWomen conference in New Orleans in November to work with Google and Snap engineers to create lenses for the Snapchat app. They’ll also receive a trip to Los Angeles, CA, for a private, VIP tour of the Snapchat and Google offices. 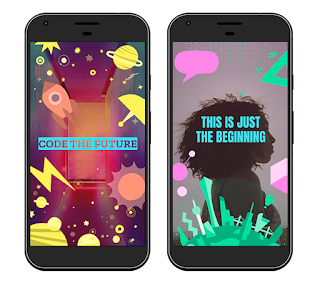 From now until October 8, teens can go to MadewithCode.com to code a geofilter and submit a 100-word statement about the future you envision. You don’t need any prior coding experience to give it a try. Snap will choose five finalists to go to the TEDWomen Conference in New Orleans, LA, where they’ll receive mentoring sessions from Google engineers and work with Snap engineers to create a lens (for the non-teens: this is augmented reality technology that adds animations to your selfies, general photos, and the world around us).
A panel of amazing people will judge the lenses from the five finalists. The panel includes Ruth Porat (SVP and CFO of Google and Alphabet), Evan Spiegel (CEO of Snap), Malala Yousafzai (student, activist and Malala Fund Co-Founder), Joanna Coles (Chief Content Officer at Hearst), Laurie Hernandez (Olympic gymnast), Victoria Justice (actress and singer), Lilly Singh(YouTube personality, entertainer,  and founder of Girl Love) and Dr. Yvonne Cagle (NASA astronaut).
With this contest, Made with Code and Snap will help teens nationwide see that the things they love, like Snapchat, are made with code. Teens are already Snapping. Let’s get them coding, too.
Read more here: https://www.blog.google/topics/education/oh-snap-teens-are-coding-future/
Stephaniee MyHartEnt at 10:55:00 AM