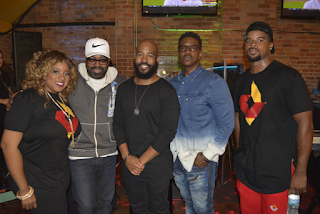 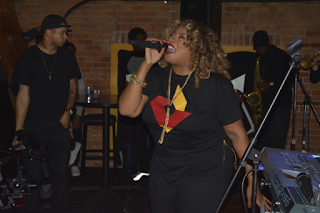 The Karew relaunch showcase informed attendees about their new expansion to becoming a multi-genre label. The event included a new music performance by Karew’s own Kierra Sheard. Kierra gave attendees an exclusive listen of her new music featuring rapper, Sir The Baptist. Additionally, J. Drew & The Band performed. Upon entrance into the venue, guests were shown the all-new apparel by Karew.

“I am excited about presenting the future of Karew to the world. Karew is now expanding from just a record label to a full entertainment company including music, film, fashion, and more. We are a team of young and innovative millennials working together to build timeless projects. We are currently still building and it only gets better,” says President & CEO of Karew Records, J. Drew Sheard II.

Recently, Karew celebrated the success of the #1 Billboard Gospel single, “Hang On.” “Hang On,” was lifted from the album, GEI LIVE, and made a top 5 debut on Billboard’s Top Gospel Albums chart upon its release. Karew Records current roster includes: Karen Clark Sheard, Kierra Sheard and The Clark Sisters, who were recently sampled on rapper Jay Z’s 4:44 album. Kierra Sheard is currently featured on Lecrae’s song, “Worth It” lifted from his new album “All Things Work Together.”