I hope everyone watched the new show To Have and to Hold Charlotte on this past Saturday night.

So this past Thursday in Atlanta @thegatheringspot @OWN Network hosted a round table press conference for their new reality show called To Have and to Hold Charlotte. 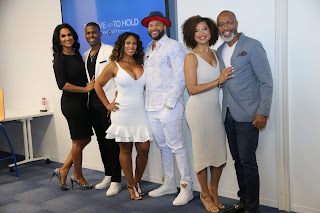 This show is about five Charlotte couples that are African American brothers and sisters that are affluent in Charlotte, have been friends for years come together and and share with the viewers about their family, love lives and more with the world and how they are handling blended family, empty homes with all the children gone off on their on be it college or doing their own thing, a couple that is beginning to do something called nesting with her husband, to a couple that has been married ten years and don't have any children as of yet. There will be lots of twist and turns within this Reality Show.


Three of the five couples that will appear on the show was in attendance.  The nicknames of the couples that attended were the Socialites,  Empty Nester's,  the Dinks (double income no kids) which is what Dinks mean if you didn't already know.

Bar One in Charlotte is where it all begin with the Judge Hands being introduced my non other than Ne Ne Leakes (Housewives of Atlanta) to her friend who is a producer/attorney.  So check it out @OWN is really collecting the good stuff.  Congratulations to all the couples. 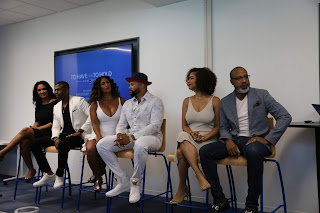