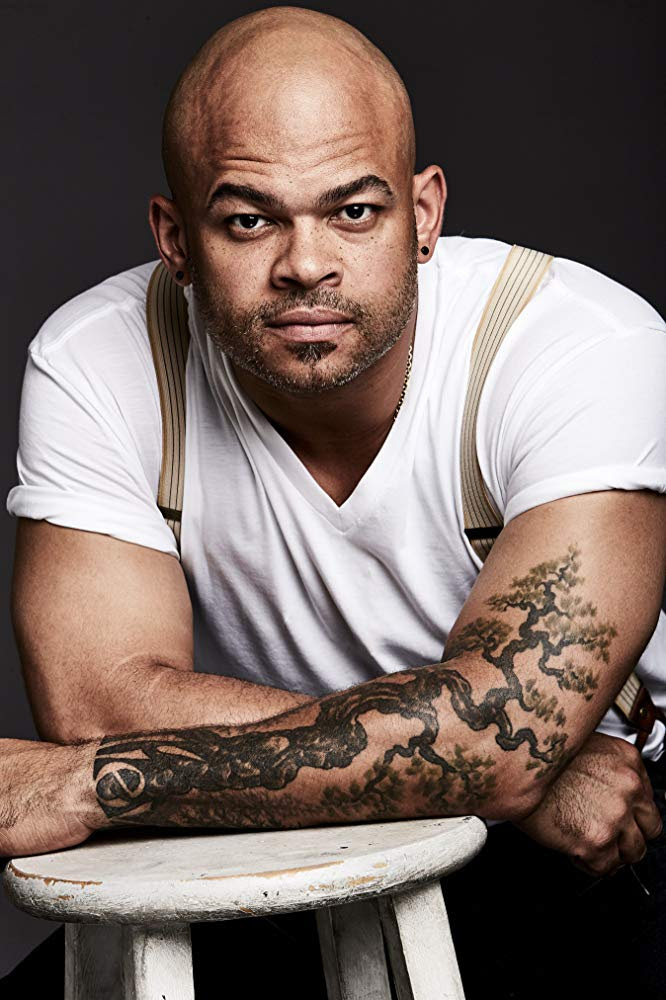 Patrice Covington, Rebecca Naomi Jones, Sanai Victoria, Kimberly Hebert Gregory
Previously Announced, Pulitzer Prize-Winning Playwright Suzan-Lori Parks ("Topdog/Underdog") Is Executive Producer and Showrunner
Brian Grazer and Ron Howard Serve as Executive Producers Along WithMusic Mogul Clive Davis, Atlantic Records Chairman and CEO Craig Kallman and Ken Biller of
Fox 21 Television Studios and Imagine Television Studios
Production to Begin December 2019 for Spring 2020 World Premiere
(WASHINGTON, DC -OCT. 29, 2019) National Geographic, with Imagine Television Studios and Fox 21 Television Studios, has announced that the cast joining previously announced Cynthia Erivo ("Harriet," Broadway's "The Color Purple") as Aretha Franklin in the next installment of the Emmy-winning global anthology series GENIUS: ARETHA. Malcolm Barrett ("Timeless,Preacher"), Patrice Covington (Broadway's "The Color Purple"), Kimberly Hébert Gregory("Vice Principals"), Rebecca Naomi Jones ("The Big Sick")and Sanai Victoria ("Black-ish") will star in the eight-episode global limited series. Additionally, Anthony Hemingway ("Power," "The People v. O.J. Simpson: American Crime Story") is tapped to serve as executive producer and direct the pilot episode of the upcoming season, the first-ever, definitive and only authorized scripted limited series on the life of the universally acclaimed Queen of Soul.
Barrett joins as Ted White, Aretha's first husband and business manager, who develops relationships with songwriters and producers and picks some of her biggest hits. But as Aretha gains fame, White's heavy drinking and volatile behavior ends their marriage. Covington and Jones will portray Erma and Carolyn Franklin, respectively, Aretha's sisters,who are both talented performers in their own right and sing backup for Aretha. Hébert Gregory will play Ruth Bowen, a pioneer in her field, the head of a successful black-owned agency, who represents Aretha, booking her into world-class venues and getting her onto the covers of Time and Ebony magazines. Victoria will be Little Re (young Aretha), the shy, immensely talented daughter of celebrated Detroit preacher Clarence LaVaughn (C.L.) Franklin, who thrusts her into the spotlight at a very young age.

Prolific producer and director Hemingway will serve as an executive producer and direct the pilot episode of GENIUS: ARETHA. Hemingway directed and executive produced "Unsolved: The Murders of Tupac and The Notorious B.I.G.," "The People v. O.J. Simpson: American Crime Story" and "Underground." His long list of credits include "The Wire," "Treme," "Battlestar Galactica," "Power," "Empire," "ER," "The Newsroom," "Orange Is the New Black," "American Horror Story" and "Shameless," as well as his feature film debut, "Red Tails." Hemingway received the 2017 AAFCA Horizon Award and has garnered Emmy, Golden Globe, PGA, NAACP and BAFTA TV Awards for his work on "The People v. O.J. Simpson: American Crime Story."
Filming will start this December for a spring 2020 premiere on National Geographic channels in 172 countries and 43 languages.
GENIUS dramatizes the fascinating stories of the world's most brilliant innovators, exploring their extraordinary achievements along with their volatile, passionate and complex personal relationships. The third season of the anthology series will explore Franklin's musical genius and incomparable career, as well as the immeasurable impact and lasting influence she has had on music and culture around the world. Grammy Award winner Franklin was a gospel prodigy and outspoken civil rights champion and is widely considered to be the greatest singer of the past 50 years, receiving countless honors throughout her career.
Without knowing how to read music, Franklin taught herself to play the piano; at the young age of 12, she began to record songs and sing on gospel tours with her father. She signed her first record deal at age 18 with Columbia Records.In 1966 she moved to Atlantic Records, where she recorded many of her most iconic songs. In 1979 she began a 40-year friendship and partnership with Clive Davis, which produced a number of hit songs, including the highest charting and bestselling song of her career, "I Knew You Were Waiting (For Me)," a duet with George Michael. The legendary singer is one of the world's bestselling musical artists of all time, with more than 75 million records sold globally during her career. Her voice was identified as a "natural resource" by her home state of Michigan.
Suzan-Lori Parks, Pulitzer Prize-winning playwright of "Topdog/Underdog," is executive producer and showrunner for GENIUS: ARETHA. Imagine is partnering with Warner Music Group for this third season, which will again be executive produced by Imagine's Brian Grazer and Ron Howard. Legendary hit record producer Clive Davis and Atlantic Records Chairman and CEO Craig Kallman have also joined as executive producers. Returning executive producers include Francie Calfo (Genius, "Empire"), Ken Biller (Genius: Einstein, Genius: Picasso), Gigi Pritzker and Rachel Shane (MWM Studios), and Sam Sokolow (Nice Media Studios). Diana Son joins as executive producer. In addition, Imagine's Anna Culp serves as producer alongside Peter Afterman.
National Geographic, the company behind the recent Oscar-winning and seven Emmy-winning FREE SOLO, in 2017 premiered the first season of GENIUS, which starred Geoffrey Rush as the brilliant scientist Albert Einstein. Biller was showrunner and creator for the multi-Emmy-winning GENIUS: PICASSO and GENIUS: EINSTEIN. GENIUS: EINSTEIN earned 10 Emmy nominations, including Outstanding Limited Series, as well as Golden Globe and SAG Award nominations for Rush. The follow-up season, GENIUS: PICASSO,starred Antonio Banderas as the titular Spanish painter and matched much of the success of its predecessor, earning seven Emmy nominations - and two wins - as well as Golden Globe and SAG Award nominations for Banderas.
Imagine has a history of creating timeless and culturally impactful films, shows and documentaries in the world of music, including the Academy Award-winning film "8 Mile," the Grammy Award-winning documentary "The Beatles: Eight Days a Week - The Touring Years," the critically acclaimed documentary "Pavarotti" and the Emmy-winning television drama "Empire." The company also produced the film "Get on Up" about James Brown, and many documentaries, including "Jay Z's Made in America," "Katy Perry: Part of Me" and "Once Were Brothers: Robbie Robertson and The Band." Imagine is currently in production on the Hulu series "Wu-Tang: An American Saga" and the sixth season of "Empire"; it is also developing a film version of the musical "tick,tick...BOOM!" with Lin-Manuel Miranda directing, and a documentary about legendary musician Louis Armstrong.
Hemingway is represented by WME, Gotham Group, and Hansen, Jacobson, Teller, Hoberman, Newman, Warren, Richman, Rush & Kaller. Barrett is repped by Management 360 and Gersh. Covington is repped by Luber Roklin Entertainment, Allegory Creative Talent and Frankfurt Kurnit Klein & Selz. Hébert Gregory is repped by 11:11 Entertainment and Buchwald and John Meigs at HGTH. Jones is repped by Nina Shreiber and Gersh. Victoria is repped by Abrams Artists Agency and Platform Public Relations.
For more information visit www.natgeotv.com  or our press site natgeotvpressroom.com , or follow us on Twitter using @NatGeoPR.
###
Stephaniee MyHartEnt at 7:58:00 AM