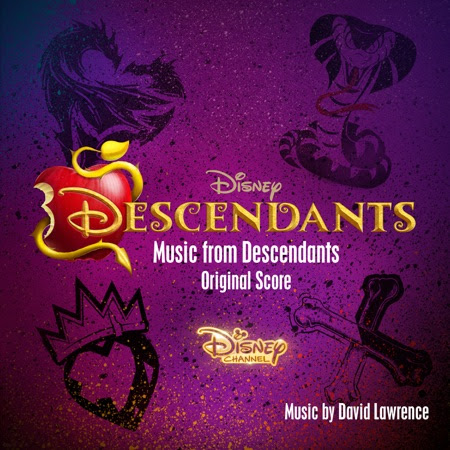 MUSIC FROM ZOMBIES SCORE BY GEORGE S. CLINTON AND AMIT MAY COHEN

The release of Music from ZOMBIES and Music from Descendants marks the first time original score albums have been released from Disney Channel franchises.  Steven Vincent, vice president of Music and Soundtracks, Disney Channel said, "The score is integral to a movie's success because it elevates the heart, comedy, and overall spirit of the story." Vincent continues, "We're thrilled to be showcasing the work of these immensely talented composers with the special soundtrack release and helping kids and families appreciate the art form even more."

Descendants composer David Lawrence commented, "Composing the scores for the Descendants Trilogy was a dream come true for me. Good vs. evil and true love winning out at the end...what more could a composer wish for?!"

"ZOMBIES" premiered in February 2018 and delivered over 12.8 million viewers including 4.0 million Kids 6-11 in its first 10 telecasts. "ZOMBIES" was Disney Channel's #1 video-on-demand property and was the #1 title in the DisneyNOW app for 2018. Its videos on DisneyMusicVEVO have amassed over 584 million views. The movie soundtrack debuted at #1 on the Billboard Top Children's chart, #4 on the Billboard Top Soundtrack chart, #2 on the iTunes Soundtrack chart and #3 on the iTunes album chart.  "ZOMBIES 2" debuted in February and was the #1 cable telecast of 2020 to-date (excluding sports/news programming) with nearly 5 million Total Viewers 2+.  Replays of the movie are strong performers on Disney Channel linear, Video On Demand and DisneyNOW and it ranks in the Top 5 TV Chart on Apple iTunes. Its videos on DisneyMusicVEVO have amassed over 542 million views. Its 10-song soundtrack reached #1 on iTunes Soundtrack chart and the song "Someday" ("ZOMBIES") performed by Milo Manheim and Meg Donnelly is certified gold.